Quality Confirmed on the International Stage

On the 1st of November 2019 Bestfiled Management received the following letter to the President of the World Association of Master Chefs.  The letter indicated that after rigorous testing of its products, Bestfield had been officially endorsed.

In particular the letter stated that: "WAMC has tested their range of rice-based products through a series of rigorous trials that were conducted from selected chefs around the world.  Their products were graded and commented on for their flavour, texture, compatibility with like products that they will be used with and most of all presentation and quality."

Bestfield has worked hard to deliver a product that is both healthy in choice and universally accepted and this endorsement confirms that this has been achieved.  Bestfield now works closely with Association to improve rice product options to the industry.

Bestfdield was also informed that "Bestfield rice is the only Rice in Australia and the Pacific region that is endorsed by the World Associaiton fo Master Chefs". 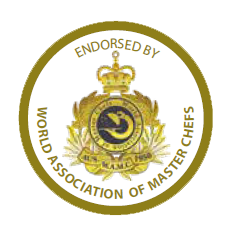